Shepherds and an orchestra 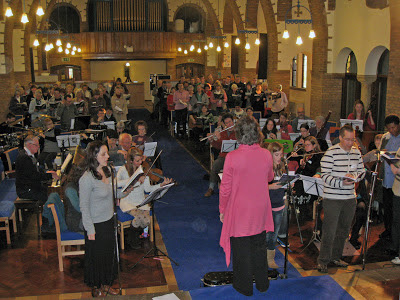 On Saturday 1st December, the CMM Christmas season properly got underway with a special musical in a day.  The call went out for instrumentalists to come and try out Annie's new orchestration, and singers to come and join in.  We were honoured to have singers and players from far and wide come and join us, and we had a wonderful day making music together. 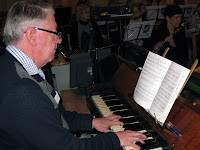 Annie led the orchestra, helped by Phil on piano.  Every part was covered, including some extras that Annie wrote in the weeks leading up to the event.  We had:
3 first violins
2 second violins
1 viola
3 cellos
1 double bass 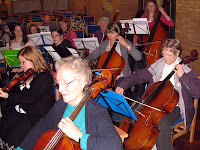 The choir was also huge, and trained by Helen.  Many of the choir knew the musical beforehand, but they still worked really hard to get through from the beginning to the end.

There were also some soloists:
Richard - Joseph
Kathryn - Mary (it was her first event with us)
Ann - Naomi
Helen - Hannah
Megan - Shem and Deborah (her sister Bryony was ill, so Megan had to work extra hard!)
Devon - Levi

After working very hard all day, the audience began to arrive ready for the 5pm production.  The audience only just squeezed into the Chancel area of the church, and it was wonderful to have such a full church filled with music.  Roger (after spending much of the day filming and taking photographs) introduced the evening, and then Annie took over to conduct the performance.

Thank you so much to everyone that came to take part.  We hope it was a great way to kick off advent for all involved.  Thank you also to those that helped on the bookstall and with the tea & coffee etc. 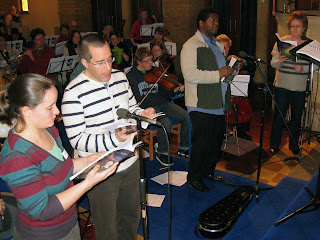 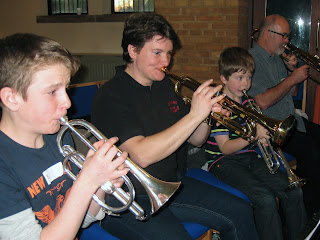 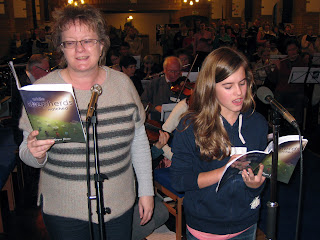 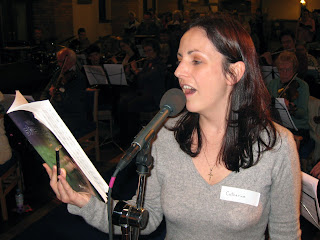 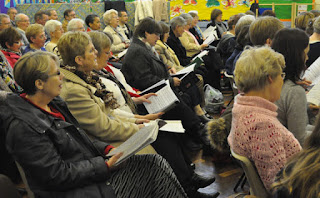 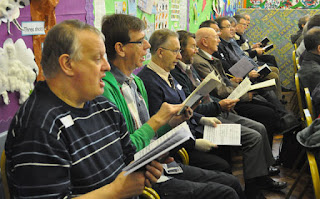 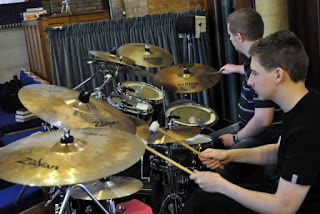