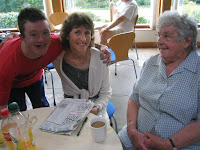 We had the sad news this week that our dear friend Jonathan Lewis has passed away peacefully.  He had been in a Marie Curie Hospice in Halifax for some time, first for respite care, but more recently full-time.  Jonathan loved singing at our residential music weeks at Grange-over-Sands and Scargill House - though in recent years he just came to watch, as his heart was not strong and he tired easily.  But his beaming smile will be remembered by all of us who knew him and loved him. 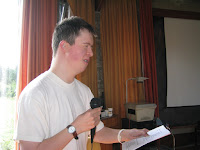 My best memory of Jonathan was from the first Scargill music week he attended: at the guests' concert he sang Roger's song 'I can't understand it and I can't explain it - Jesus has changed my life.'  He then ran to his mum, Maureen, and was engulfed in her arms.  I don't think there was a dry eye in the room!

We were aware that Jonathan acted with 'Mind the Gap' theatre company, but not how well-loved and respected he was as an actor. 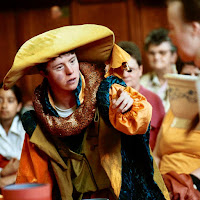 "I've been asked to pass on some deeply sad news.  The actor Jon Lewis died on Friday 15th March.

I've known Jon since 2001 when we worked together at Mind the Gap Theatre on the Emperor's New Clothes, performed at City Hall in Bradford.  He played one of the swindlers with great charm and guile.  Perhaps his finest performance was as a Christian in Mike Kenny's version of Cyrano (he also played a Nun in that production!) Or in the radio play Coming Down the Mountain, by Mark Haddon for BBC Radio 4.

His double act with Anna-Marie Heslop on the red couch was one of the best 'Richard and Judy' impersonations I have ever seen, repeated for numerous conferences and events.

Aside from being a talented performer, Jon was a warm, kind-hearted and funny man.

I saw him a few days ago.  He was struggling to speak but when I walked in he beamed, and I beamed back.  We beamed at each other for 20 minutes.

His mum, Maureen, is the kind of mum we all want - a quietly spoken fighter who loved Jon and his sister Sam.  She made sure he got what he needed and led a full and active life.

The funeral is at 1.45pm on Wednesday 3rd April, at Illingworth Methodist Church." 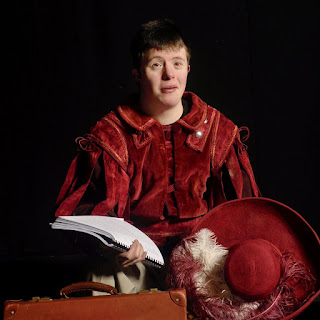 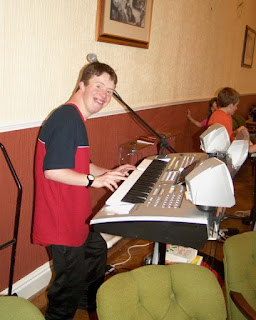 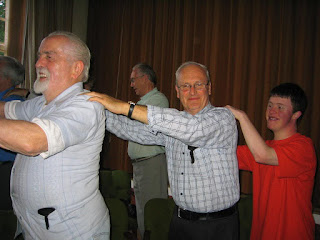 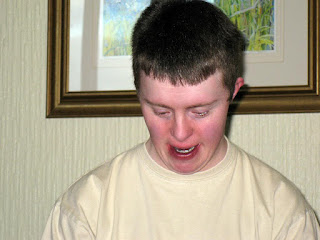 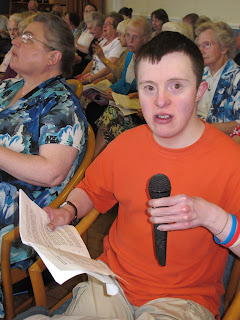 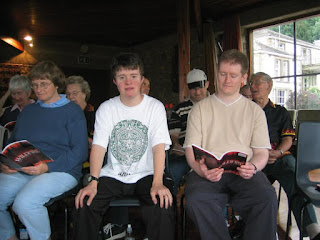 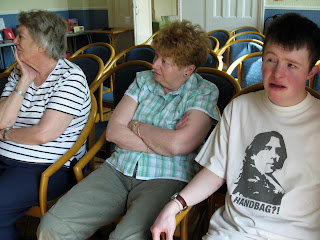 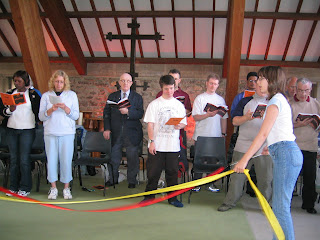 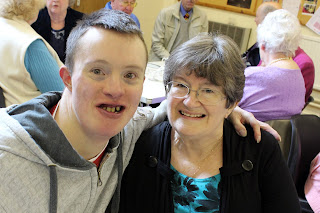 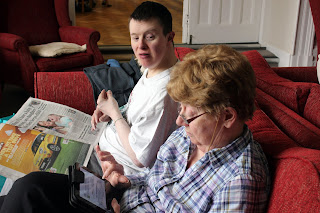 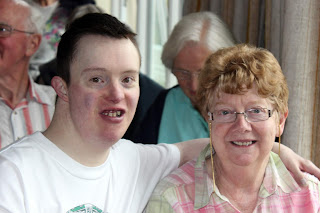 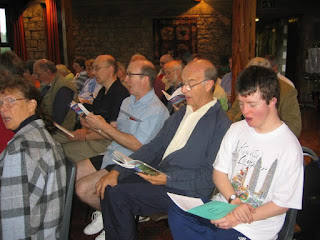 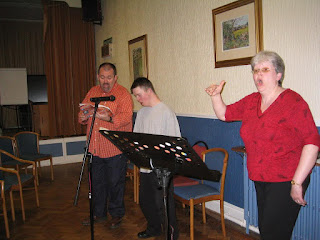 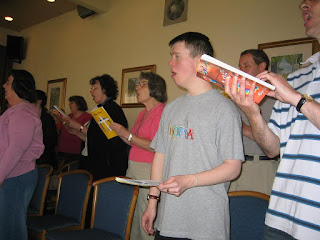 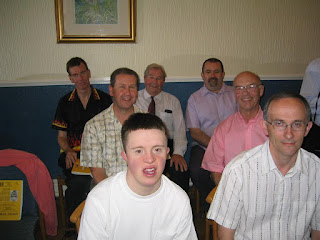