This month has been a rather busy month for me. Not that others aren’t busy, but it has been interesting fitting it all in. I have been doing all sorts in and outside of the office that have kept me out of mischief. 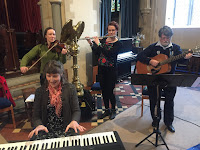 The first big thing I did this month was present the CMM Choir talk. I spoke about Letting Go and everything that entails with giving our burdens to God so that he can guide and carry us along the path he has set for us. When I was writing it, I had to think about a life event that I could tell the choirs about, and the only thing that came to me was when I was very poorly, I had nearly lost my faith but then God gave me someone to trust and support me through a CMM Music week. Now, this was very scary for me to even think about telling anyone, as it was a time in my life I have always hidden, but whenever I tried to think of anything else, I hit a brick wall. God told me it had to be this, that people needed to hear about it.  Due to circumstance I struggled to trust people, but I met Yvette (now a very good friend) that week, I hadn't met her before, but I knew I could trust her with everything. She made no judgements and spent most of the week with me, supporting me, and guiding me back to God. She gave an epilogue which hit me, she spoke of the footprints poem and we sang King of Kings which has always meant a lot to me. That epilogue wasn’t her original idea, that plan came in the early hours of the morning. I broke down and gave God everything, I felt the Holy Spirit and I could feel and hear God. The talk went very well at the choirs and there was a good response from it afterwards, and people came and talked to me about something they were struggling with. God is here always, and in the words of the poem, ‘During your times of trial and suffering, when you see only one set of footprints, it was then that I carried you.’  Trust in him and he will guide you along the path he has set for you. 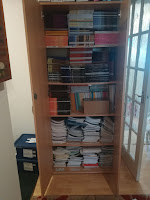 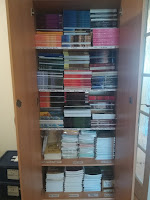 For the past couple of weeks, I have been doing an exciting job in the office... I really enjoy sorting and arranging things out. I know, I'm strange but the best people are! I have completely rearranged our ministry copies cupboard at the office. I couldn't find room to put things that needed to be in there and I felt like doing a bit of sorting. So, I took out all of the music, and scrubbed the old stickers off so I could start from scratch. All the spines now face outwards, that way fitting more onto each shelf, all musicals in alphabetical order and there's now even space to put more things in there miraculously. It sounds boring but I had a lot of fun doing it and it looks much easier to find things now... as you can see from the comparison of the pictures.

Since then, I have carried on with my arrangements for Flute and Clarinet for 'From Pharaoh to Freedom' which I have now only got two more to do and then it's all done! Yay!! It has taken a while but hopefully it should sound good with the choir and backing track. I am hoping to do arrangements for Wildfire after doing these in preparation for the Music week in May.

Outside of the office I have been rather busy joining another choir. As I have mentioned before I am in The People's Orchestra, but this month they have started up a choir called The People's Choir. I am having lots of fun in the choir, our musical director is fantastic, keeping the rehearsal moving so it doesn't drag. We are taking part in the Orchestra Concert on the 7th April which only a couple of weeks away now! We are singing The Greatest Showman and some bits in Dragonborn. With only 4 rehearsals before the concert, we've done amazingly to learn these two well. The Musical Director certainly knows what she's doing. I'll be multitasking with two tops, two instruments and the choir on the 7th... that will be interesting to see how it goes.

At school I have been out on a school trip to the NEC, which is huge and absolutely terrifying to take a group of young children to. I have never been on a school trip with such large crowds and having the responsibility of looking after my little group. We had a good day, and it also showed me the way in which a school trip is organised now, there's lots to do in order for it to go smoothly. It was good to experience that, knowing what it would be like when I train. Afterwards when we got back, there was a training evening on and I was asked if I wanted to along as it was an Autism training session and as I work closely with children with Autism, we thought it would be a good idea. So I am proud to say now, that I have achieved my Autism Level 1 training!! Plus I have finished off my personal statement. I need to delete a few words but I always write too much with everything! 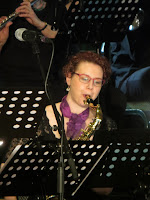 One thing I got to be a part of this month was a concert with Jazz Church Big Band which was amazing.  Because I have joined The People's Orchestra, I haven't be able to go along to the Jazz Church Band with Helen as it clashes. As this concert was on a Saturday, I was able to take part and it was so much fun. I was also able to play Tenor Saxophone which is one that I haven't played in some time, so it was brilliant to be able to go back and play it with everyone. Sax is one of my favourite instruments for the richness of the sound when it's played low, it's beautiful and I had a fantastic time being a part of it! I will certainly play with them again when I get the chance to on the Saturday gigs :D. 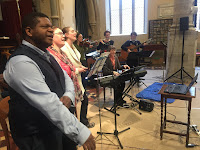 The latest CMM event I have been on was Worship works in Alcester with a fantastic team of people, it was a brilliant evening, the congregation there were ready to receive the Lord and listen to everything that Roger and the team of us had prepared. They were ready for the Lord to be there and take on board things that Roger brought to the evening. This weekend I am off back up to the Yorkshire area for a Spirit works event in Ilkley with CMM, please pray that it is going to be a great weekend and that everyone there is ready to receive the Holy Spirit in anyway that God chooses. I am leading a praise block again but I am really looking forward to that this time round.

Apologies for this one being a very long blog, but there has been a lot going on in this month!
God bless you all.
Until next month...may God carry you along your path and you give him your struggles and burdens. 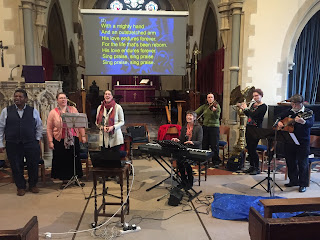 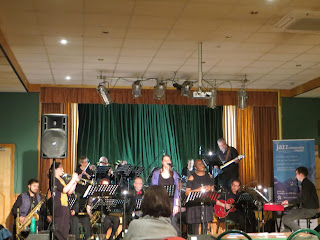