In mid May Roger and Annie and a team travelled to Lechlade in Gloucestershire for a Worship Works day.  They were joined by Simon, Kathleen, Paul and Ruth.  The day was organised by Gordon Land who has spearheaded a couple of CMM Events in the area already, although Lechlade was a new venue for him this time.

There were a good number present at the day, and that was really encouraging to all involved.  It meant that part way through the day Roger and Annie were able to take separate workshops.  One of the highlights of the weekend for Annie was being able to talk in some depth to a couple of people about having a personal relationship with Jesus.

The team also shared in the service on Sunday morning, and the church was packed, including a few people who had come along specially.  Having covered topics such as 'Being a worshipper' and 'Psalms, hymns and songs' on the Saturday, the Sunday service followed the theme of the tabernacle, encouraging the congregation to enter into worship with thanksgiving and praise, and then to come into the Most Holy Place by the blood of Jesus.  God moved powerfully in a couple of people after the service who received prayer.  We are so blessed to have team members who are experienced and willing in prayer ministry.

Roger was really delighted with the whole weekend, and we have already had some messages from people saying how blessed they were.  There really seemed to be a movement of the Holy Spirit.  Thanks so much to Gordon for all your hard work, and thanks to to all of the hosts who looked after the team on Saturday evening. 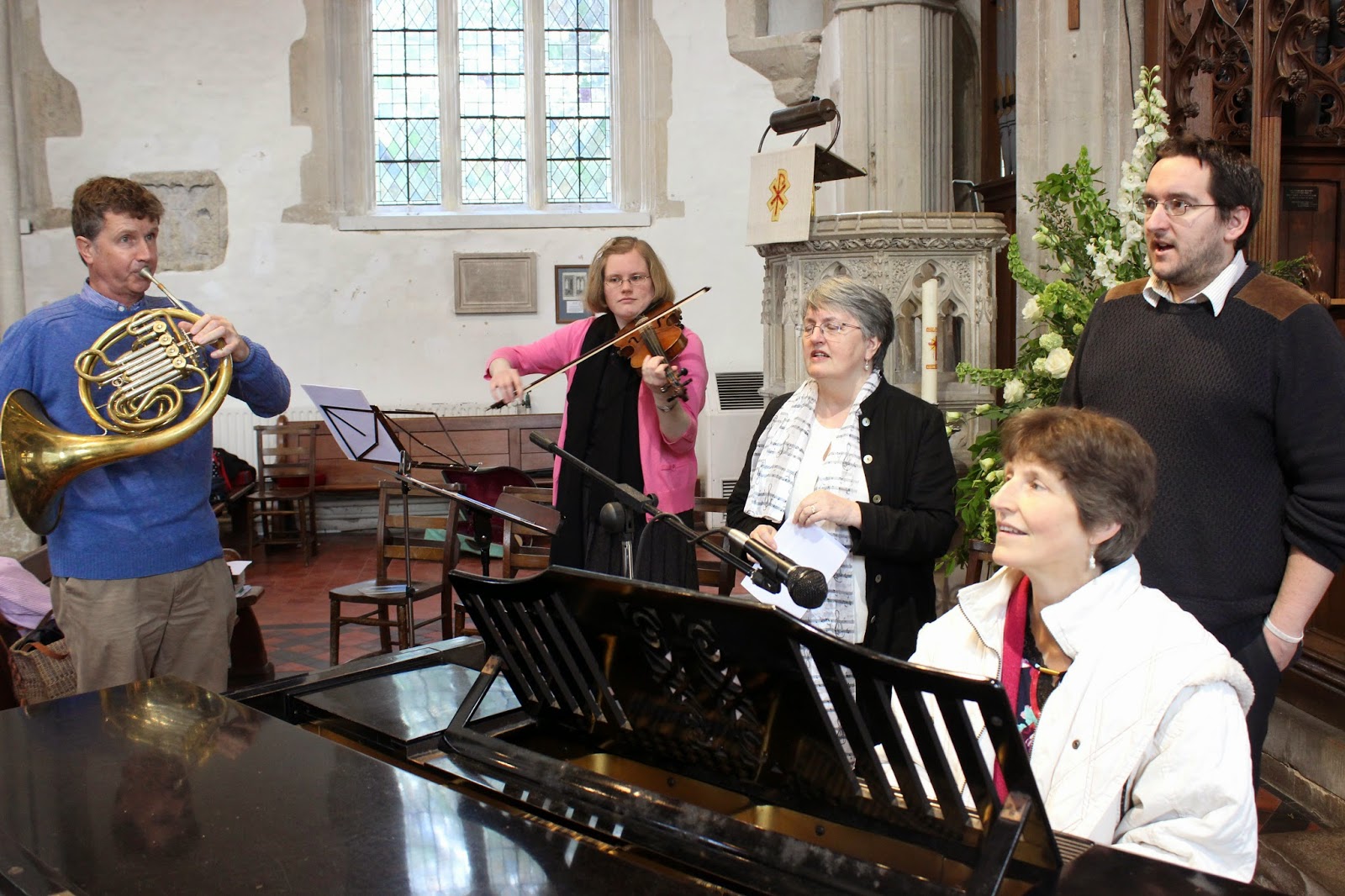