In early April Roger and a team travelled to Wrexham Methodist Church for a special Saints Alive weekend.  A choir there had been trained in advance brilliantly by Ian Moore, himself an excellent singer.  Roger took with him Jonathan, Carol, Sarah and Marilyn - Jonathan, Carol and Sarah helped with the singing, while Marilyn was a brilliant assistant for Roger with choir training and 'note bashing', as well as playing flute.  Sarah also played violin, sometimes even singing the soprano line while playing something different on violin!

The Saturday was taken up with rehearsing and putting the polish on the performance, and then the team took part in the Sunday morning service.  It is a really interesting church right in the centre of Wrexham, built above the shops.

The final performance was on Sunday late afternoon, and was really well attended.  The choir performed really well.  It was great to see some regular CMM supporters at the day such as Clyde, and also Jenny who was the impetus behind the day, as well as some others who had been at the music week in Conwy back in March. 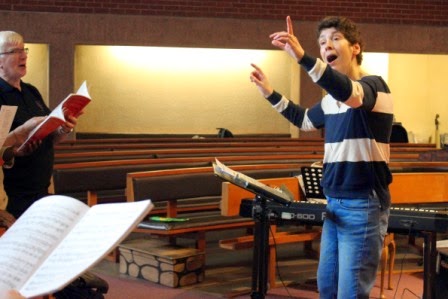 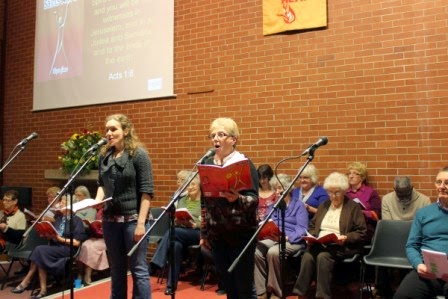 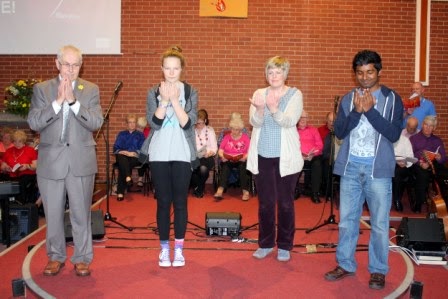