CMM in the United Arab Emirates

For two weeks in November, Roger and Mary led a musical tour in the United Arab Emirates, together with seven other CMM team members, Ann Steer, Yvette Roberts, Paul Edwards, Devon Brown, and Mick and Lorraine Green.  They were joined by local soloist Sarah Sorrell.  The tour was based in Abu Dhabi, with visits and performances also in Al Ain and Dubai.


This has been one of our most exciting and spectacular opportunities ever, and it has been amazing how God has opened the door for us in this exciting and welcoming Muslim country in their “Year of Tolerance”.  Much of our freedom to perform and minister was been due to the ongoing diplomacy of the Rector of St Andrew’s, Rev Andy Thompson, although the initial idea, invitation and project management was due to his colleague Rev Gill Nisbet, who first encountered CMM whilst on the community at Lee Abbey!  Gill’s vision really came to pass!

In each performance of ROCK, in Al Ain, Dubai and Abu Dhabi, the enthusiasm and hospitality of the Christians in the local churches was exceptional.   Over 20 different denominations were involved in the choirs, and the dancers, led by Sharon Craggs and Lily Brito, provided a spectacular dimension, so that each ROCK production was more than just a performance - it was a multi-media act of worship! 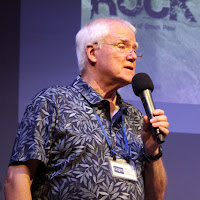 In the SPIRIT WORKS sessions it was obvious that there was a thirst and openness to the work for the living Jesus and many were encountered by his Spirit.  One memorable instance was when a mother was prayed for her by her two young children, and she told us afterwards that she had really received the Spirit for the first time in her life!

The final performance was not in a church, but in the Theatre of the Zayed University and introduced and welcomed by Her Excellency Noura Al Kaabi, UEA Minister of Culture and Knowledge Development.  It was much greater than we could have anticipated!  We had 200 in the all-age choir, with at times over 18 dancers on the stage, almost 800 in the audience, and over 1300 watching on the live stream!   Two film crews also appeared on the day!  The link for you to see this performance is: https://youtu.be/D7XL4fjeCDk
(NB. The actual performance of ROCK starts 30 mins in!)

Please do keep remembering the church in the UAE in their prayers, especially that the seed sown of his word will continue to strengthen and bear fruit in the years to come.  Many aspects of the trip were memorable and exhilarating, but perhaps this comment from a member of the choir expresses it best:

“This was the highlight of my 8 year stay in Abu Dhabi.  God speaks again to me during this performance.  I will remember this to the end of my days.  Thanks again, Roger and team.”

To God be the glory, great things he has done! 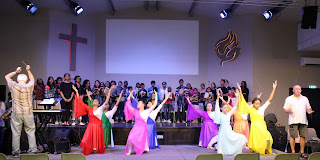 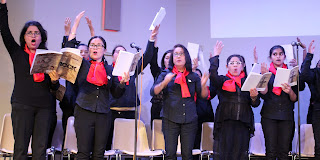 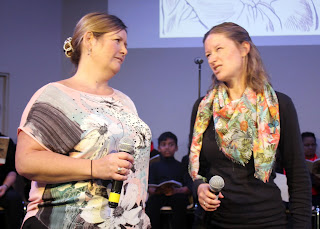 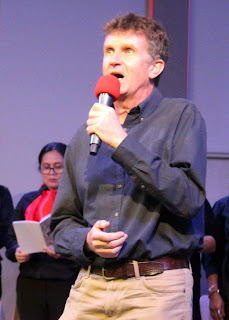 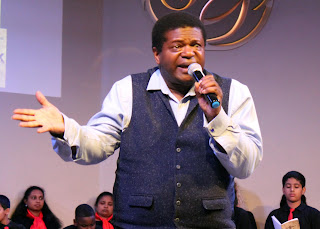 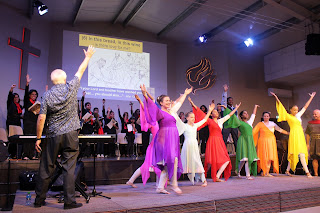 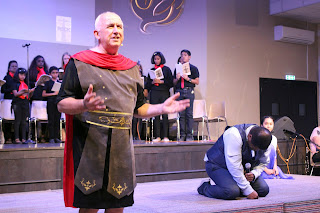 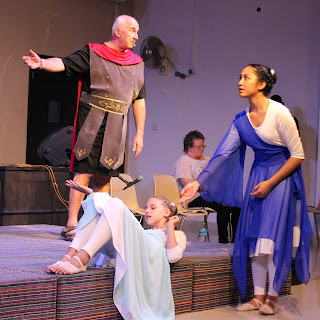