On the first weekend in December, Roger, Mary, Helen, Jonathan and Linda travelled to Barrow-in-Furness in the South Lakes Peninsulas for a Worship Works weekend.  There they were joined by CMM associates Sharon and Debbie.  Sharon's daughter Gemma joined us on flute, and Debbie's son Lou played cornet.  Altogether it was a lovely team to lead the day.

We gathered in the hall at Abbey Road Baptist Church, (where some of us had just been served a wonderful breakfast by Mandy the organiser, and Martin the minister) which was a lovely informal setting, with plenty of flexibility and warmth.  Delegates from the Barrow area were joined by a coach load from St Helen's, including Carole and Graham and a number of regular music week attendees.  It was lovely to see so many familiar faces.

The day itself seemed to go very well indeed, with great feedback for the team.  We had been praying at EBRG on the preceding Thursday, and a number of the words and pictures God had given to the group were shared at Barrow and claimed.  It is so exciting to see God at work.

On Sunday morning the team returned and led the service at the church, this time joined by Sharon's son Anthony on percussion.  Helen led the service through, and Roger spoke on advent, and the God who comes.  It really is an honour to be able to minister in different churches and encourage them.  We continue to pray for Martin and all at Abbey Road Baptist, that God would bless them and lead them forward in their mission and ministry to the community. 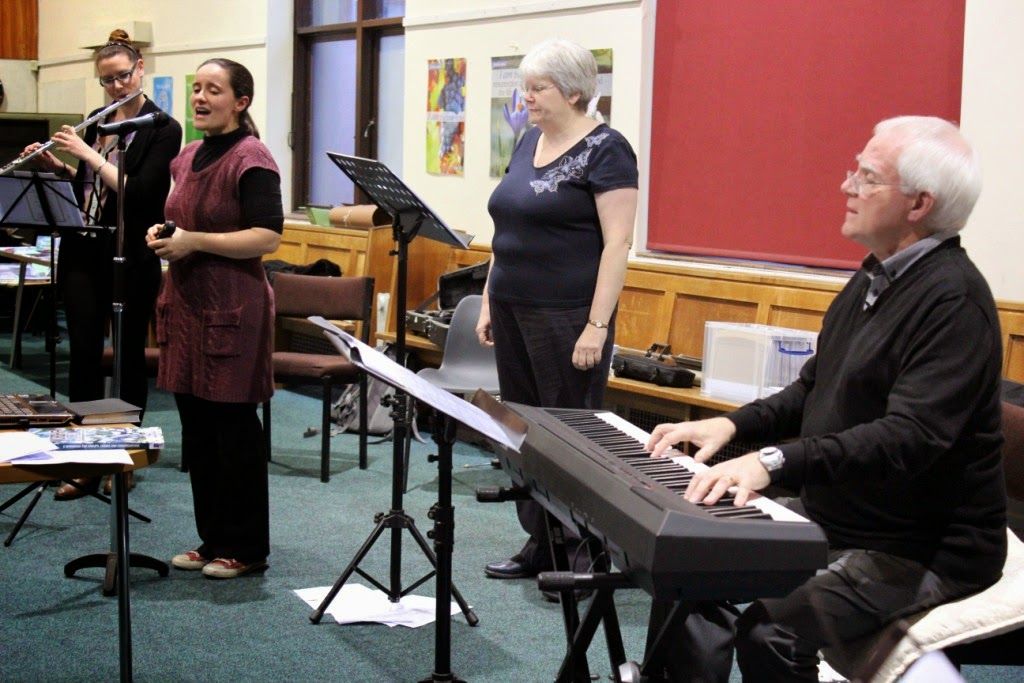