The first of our summer music weeks arrived in style on the bank holiday week with Apostle at Abbot Hall, a Christian Guild hotel next to Kent's Bank station, near Grange-over-Sands.

Roger, Mary and Annie were the CMM team, along with Yvette, Jonathan and Sharon.  Sharon did a wonderful job training the choir - there were about 40 of them, with a really good balance between sopranos, altos, tenors and basses.  Pam helped Sharon by playing in some piano parts for the rehearsals.  Annie looked after the orchestra for the week, and they were blessed with some excellent players.

A new feature of the week was that the team travelled away from the hotel for the Sunday morning service - they led morning worship at Grange URC.  Roger preached, and Annie led a block of worship.  It was good to get out and about into the local community.

It was also a delight to have Marion Owen ministering among us again as the Christian Guild 'host' for the week.  She is so good at looking after the guests.  One of the evenings was a social evening, and Anthony was let loose with his magic tricks!

The Grange week is always a challenge for Roger, as it is the first outing for his music week talks of the year.  He spent much of the free afternoons preparing his talks for the next day, but the preparation was well worth it as he used Watchman Nee's 'Sit, Walk, Stand' as the basis for his talks.  The Holy Spirit was really moving among the guests, and a lot of deep and important ministry took place.

The final performance went amazingly well, and there were some outstanding contributions from some of the soloists.  Praise God for all he does through the music weeks each year.  It really is a privilege to be able to lead and bless people through them. 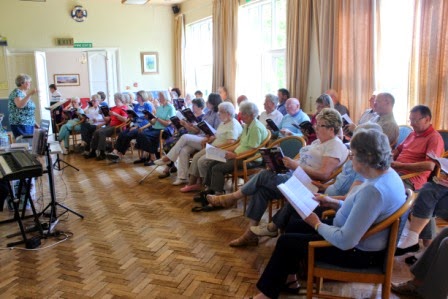 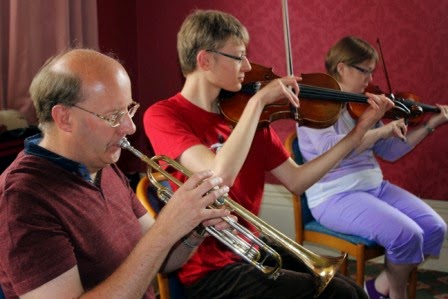 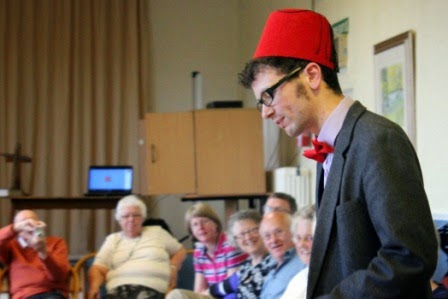 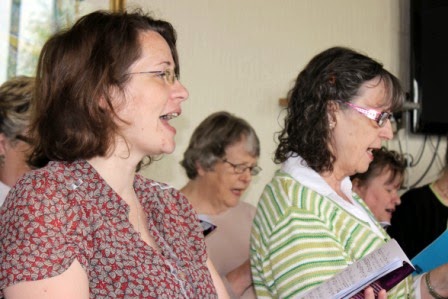