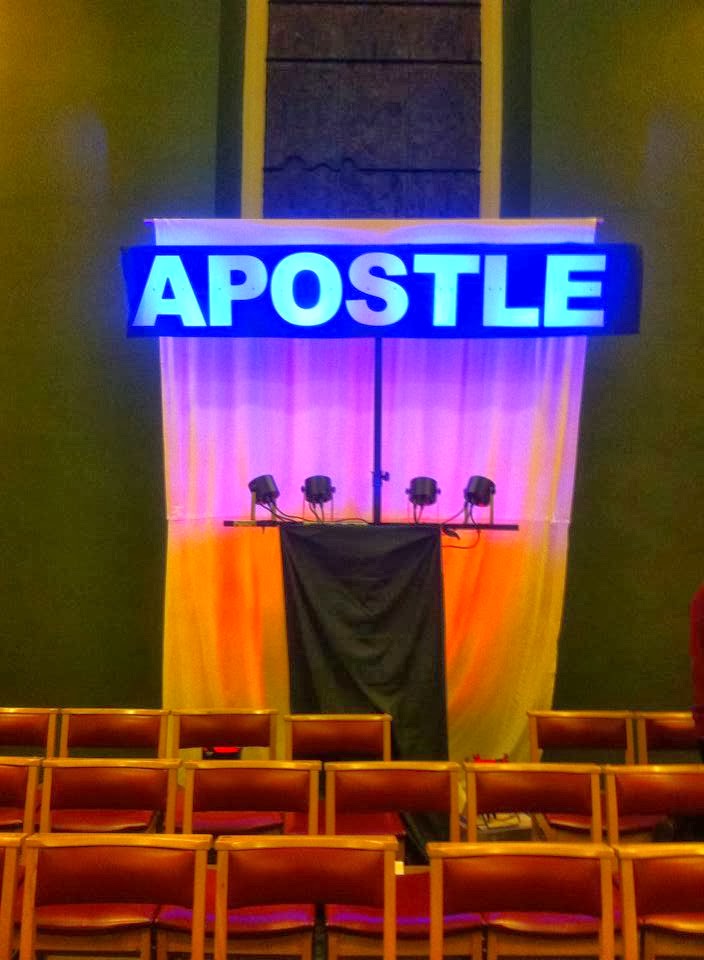 On the second Saturday in March, Annie travelled down to Bath Road Methodist Church in Swindon for a special Apostle day.  The day had been organised by June Rhodes, and Annie was assisted by June's son Steve, who played piano for the rehearsal.  There was also a local man called Noel who covered the technical side of things, and he had worked really hard to build some scenery, and was great with lights and sound.

Annie took with her an amazing team.  Eddie played the part of Saul, Paul was Ananias, Bill as Barnabas, Kaye and Wendy were the disciples, and Ruth was there on violin.  It was Ruth's first gig with us since we met her at Scargill last year, and it was wonderful to have her.  For part of the day, Paul and Steve took the men out to work on the priests sections of the musical, which was great fun.

The day overall was really joyous and encouraging for all involved.  The minister, Mark, took part in the choir all day, and he spoke very warmly at the end of the production.  At tea time before the performance, Annie took the opportunity to share some things God had given her to say.  A lot of people were really blessed by it, and it set the Spiritual tone for the performance to come.

This is an email Annie received afterwards:


"Dear Annie,
I just wanted to tell you that I am still on ‘cloud nine’ – and so are many others.  Yesterday I had so many words of thanks and hugs which I feel really belong to you – thank you so much for making the day so memorable and spiritually uplifting.  You have lots of wonderful talents which put together, encouraged us all and gave us confidence – when I lost the place in my music, I  just followed the words which you mouthed so clearly!
We also loved the team you brought with you and very much appreciated all their efforts in not only coming long distances, but joining in our fellowship and performing so well to make the story even more meaningful.
So enormous thanks again.
May the Lord bless you as you follow His calling."
Posted by Helen at 10:13