For the third time in four years it was a joy to welcome Michael Card and his team to Birmingham.  He came as part of his UK tour, calling in between Cardiff and London.  It had been a tough build up to the event - with a month to go we had only sold 2 tickets, but God is very gracious and by the time the concert started nearly every seat was full.

Michael arrived with his team including his daughter Maggie during the afternoon, and we all got down to work.  We were blessed to have the support of Clive and Alison Rushton and Nick Forknell from Lickey Church - they all did an amazing job organising chairs and the sound system, and then taking tickets on the door.  Alison also cooked a delicious soup which helped to feed the team before the concert.

Michael sang and played brilliantly, including songs such as 'God's own fool' and 'Jubilee'.  He also shared some theology with us, including some thoughts from his work studying the book of Matthew, and the theme throughout scripture of God with us - Immanuel.  His daughter Maggie came up and sang for a few numbers.  She is young and just starting out as a musician, but as a result her voice is raw and full of emotion.  The camaraderie between the two of them on stage was lovely to watch.

For the final section of the concert, we were privileged to provide a string quartet and group of 10 singers for a few songs starting people off on their lent journey.  It was a wonderful climax to the evening.  Thanks so much to all those involved - Libby, Heather, Annie and Corinne in the strings, and Paul, Richard, Richard, Paul, Simon, Catherine, Alison, Ann, Amy and Helen in the singers.  Thanks also to Annie and Amy for their help with the food, and Mary for her washing up with Alison! 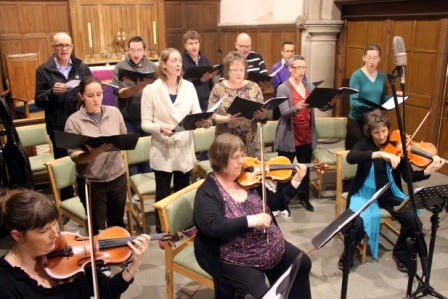 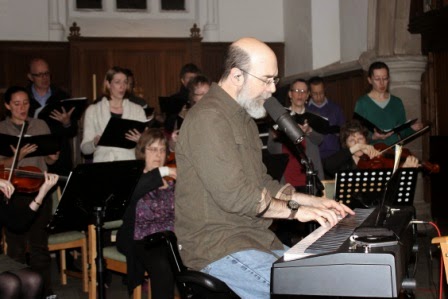