On Friday 25th October Roger, Mary, Helen and Annie travelled to Bridlington as the first stage of their journey to Scargill for the Simeon music week.  In Bridlington a large choir had gathered to rehearse the musical Two Sisters and a Funeral, and as the team were roughly passing by, the opportunity couldn't be missed to give some vision and support to the singers and instrumentalists there. 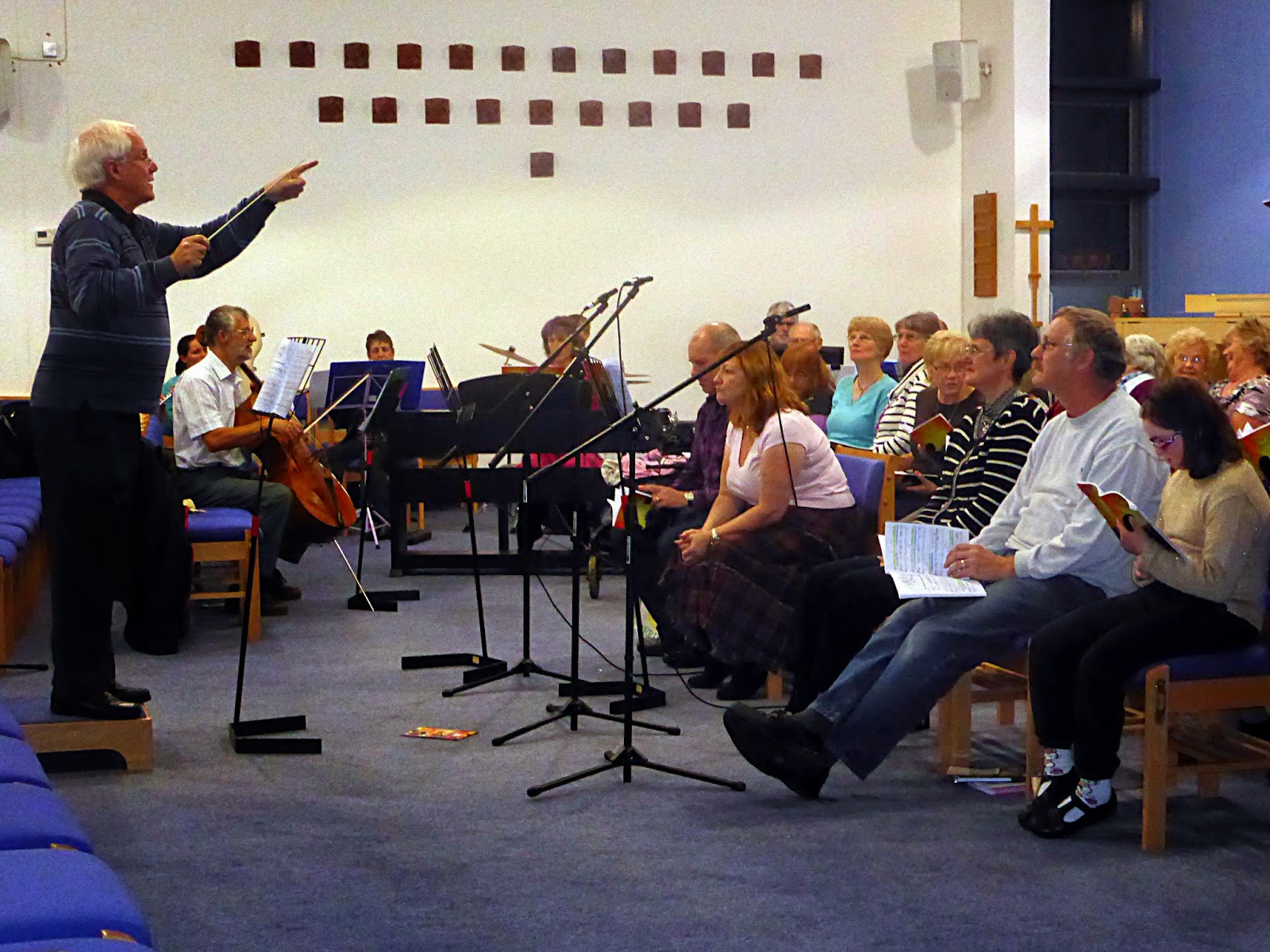 The aim was to arrive in time for an afternoon workshop looking at using musicals in evangelism and mission, but sadly the traffic on the motorway meant that a late start was necessary.  The team eventually made it, and with a shortened meal time, the workshop was squeezed in.  Roger spoke about the background to musicals, and how useful they are for sharing the Gospel because music has depths of expression that can reach further than just words.

After some good food together the members of the choir that couldn't arrive early due to being at work arrived, and the evening rehearsal began.  The choir were joined by a wonderful group of musicians who were using Annie's orchestrations and having a great time.  Helen filled in on flute, and Annie on keyboard. 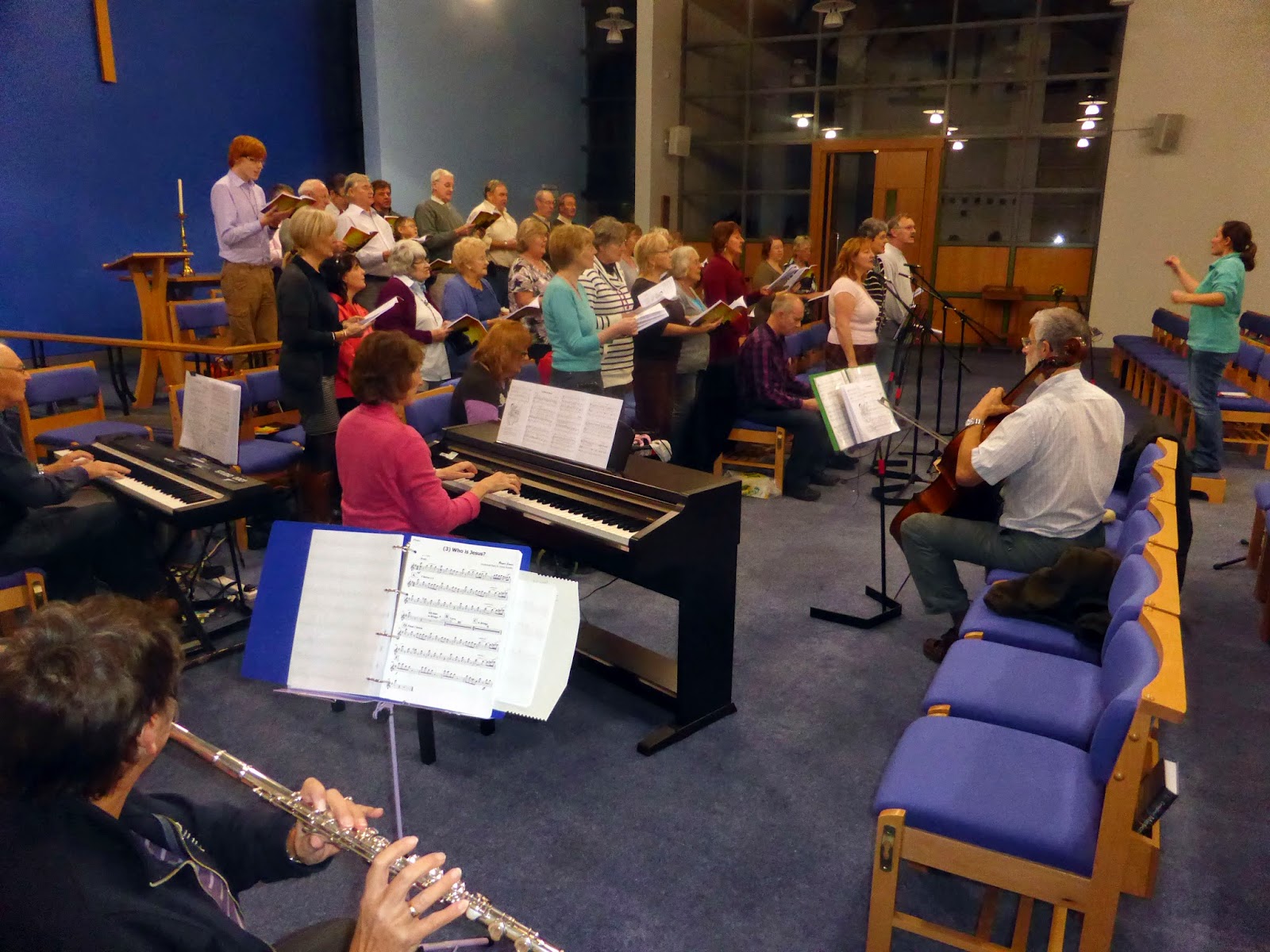 Roger led the rehearsal through, working hard on some sections with the soloists (all of whom were excellent) and teaching about improvisation and the prophetic section at the end of O the deep, deep love of Jesus.  The evening was great fun, and we look forward to hearing about how the performances went!