The bank holiday week at the end of May marked the start of our regular music week at Abbot Hall, Kent's Bank, near to Grange-over-Sands in Cumbria.  Abbot Hall is one of the Christian Guild Hotels, and we are always looked after amazingly well by Amanda and her staff there.  Christian Guild also provide hosts for the week, and our wonderful host, as she has been for a few years now, was Marion.

The week began slightly differently with the team arriving the night before and going to Barrow in Furness.  This was for a special launch of the biography of Roger by Graham Allan.  Graham came down from Penrith specially for the evening, and Sharon had trained up a choir.

The evening included music by Roger, as well as testimony.  Annie interviewed Roger to help him to tell his story as the evening went on.  Sharon and her choir were joined by a few CMM soloists including Barrie, Jonathan and Carol, and it all came together for a blessed and powerful evening.
Another change to the regular Grange music week came with the team leading the morning service at St Mary's, Allithwaite.  The service there was very special indeed, with a makeshift CMM music group.  Roger preached at the service, and the congregation responded really well and joined in the worship wholeheartedly.

The musical for the week was Mary Magdalene, and after a sing-through on the Sunday evening, the rehearsals began in earnest on the Monday morning with Sharon training the choir and Annie the orchestra.  Annie had a lovely big orchestra for the week, and they made a fabulous sound.  The choir were brilliant, and there were lots of excellent soloists from among the group.

As usual Roger gave some Bible teaching each morning, this time focusing on Mary Magdalene - her "Relationship Restored", her "Way into Worship" and her "Motive for Mission".  Roger enjoys his alliteration!

Highlights from the week include a 'Musical Man' evening, where Roger and Annie led a shortened version of the evening they had held in Barrow the previous weekend.  Anthony also demonstrated his magic tricks again at the social evening.

The final performance was really excellent, although very hard work for Roger who was ready for a good rest afterwards!  The soloists were brilliant and the orchestra supported the choir excellently. 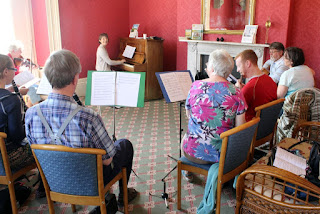 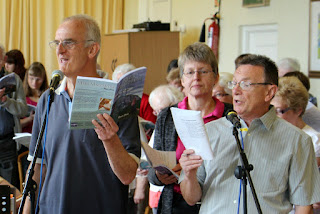 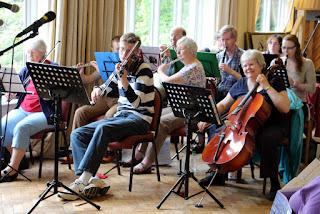 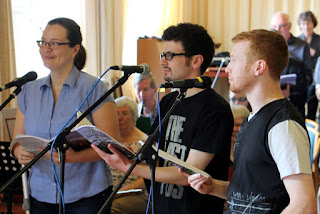 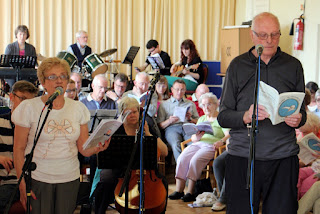