Last weekend Roger, Helen, Annie and Devon travelled to Willersley Castle in Derbyshire to lead a weekend for the LWPT.  For those not in the know, LWPT stands for the Leaders of Worship and Preachers' Trust - something all local preachers and worship leaders in the Methodist Church are part of.  Last weekend was their annual retreat, and we were honoured to be able to talk to over 50 preachers and worship leaders about music, worship and life in the Spirit.

The Friday evening began with some worship, and then Roger spoke about God the 'Worship Seeker' - this is based around one of the chapters in the new worship workbook that we are currently writing.  Following on from this we had a lovely time of openness to the Spirit, and people seemed really blessed.

On Saturday morning after Roger had led worship, Helen spoke about 'Being a worshipper', based upon David welcoming the Ark of the Covenant back to its rightful place in Jerusalem.  At the end of this session Devon sang over people a verse of Lord, you are more precious than silver, which was a moment where God was given time to meet with each person. 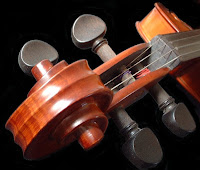 In the afternoon Roger and Annie led workshops - Roger led one about planning and leading praise, and then later he led a creative/prophetic session.  Annie led a learning new material session where she was able not only to use some of Roger's new material from Seasons and Reasons, but also the new Methodist worship book - Singing the Faith.  She then led a 'Running a worship group' seminar, which also will form part of the worship workbook.

In the evening Roger led a 'Psalms, Hymns and Songs' evening, which was great fun.  With the new book, Singing the Faith, the average Methodist Church now has access to songs as well as their old book 'Hymns and Psalms'.  This made the evening particularly appropriate.

On Sunday morning we had a wonderful worship service based around the tabernacle theme - Annie led worship, Roger spoke and Helen led an 'Agape' - a kind of communion.  The whole weekend was really moving and we hope and pray that all that were present were refreshed, encouraged and resourced for their own worship leading at home.

The weekend was a 'double-header' because on the Saturday afternoon, Helen travelled back to Birmingham to lead a workshop at the URC Musician's Guild day.  She was joined by Amy and Ruth.  Ruth led a dance workshop first, talking about dance as a wonderful tool for personal worship.  Helen then led a workshop called 'Songs for the suspicious' (not her title!).  In the workshop Helen spoke about psalms, hymns and songs, but put special emphasis on songs and also a little bit about improvising in worship.

A busy weekend, but one in which we really feel we fulfilled CMM's vision of equipping individuals and churches.
Posted by Helen at 14:57