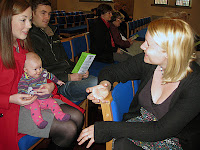 The day after the Inn Crowd in Hinckley, CMM's busy weekend continued.  Helen and James (and Amy) went to Saltley Methodist to lead worship - Helen's kids club was meant to be involved in one of the songs in the service but unfortunately the projector broke so the carefully planned service had to be completely revamped.  Never a dull moment at Saltley! 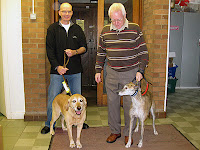 Just down the road, Roger, Mary and the whole family (including Poppy) travelled to Christ Church for what was their last official Sunday as part of that church.  The service was led by Jane, but Roger played for the praise with Pat and Mary on vocals and Tim making a cameo on drums.  Apparently during the service Roger managed to break the piano - leaving in style! 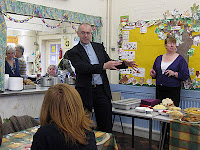 It was a very moving occasion for Roger and Mary as they have been part of the congregation there for many years and have experienced some highs and lows with them.

After the service was an amazing lunch prepared by Pat, including a special cake that Roger and Mary had to cut together.  And of course Roger gave a speech... 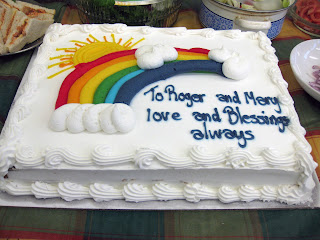 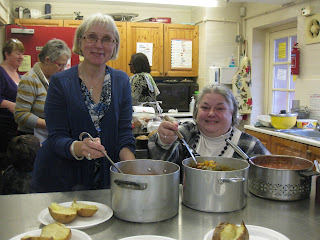 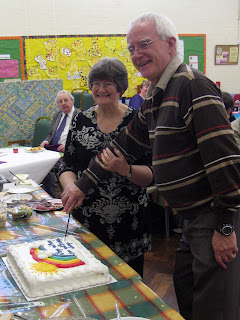 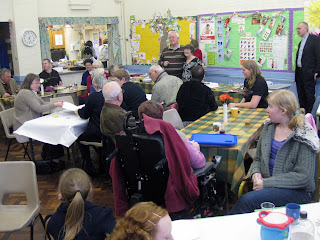 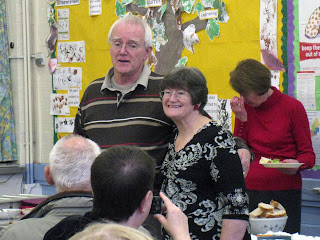