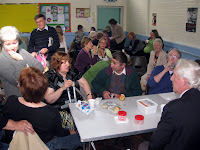 On Saturday 2nd November, a large choir descended on Christ Church in Birmingham for our congregational recording day. This choir was made up of over 150 singers from across the country - as far as Poole in Dorset, Middlesbrough, Taunton, Hull, Altrincham and Macclesfield. 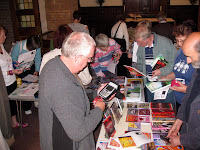 The choir were able to hear some of the songs from the new musical for the first time, and to meet some of the soloists. Chris King came, and set up a powerful mic in the centre of the church at the front, and we managed to record some excellent singing which has been widely used across the album. 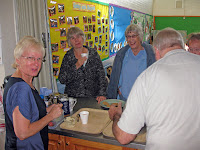 Often this recording is one of the trickiest things we do - it is impossible to have headphones for so many people, so we have to record unaccompanied, and keeping that many people in tune and in time is a difficult task. 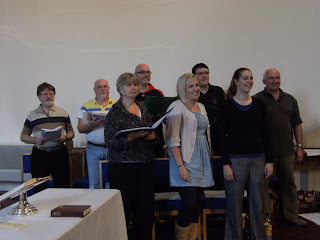 So we were thrilled when we heard some of Chris' earliest mixes and he'd been able to use so much of what we had done on the day. The congregational sound adds a wonderful extra dimension to the recording - a fullness and richness of sound that the backing vocal group would struggle to manage alone.
Thanks to everyone who came. It was a very worthwhile day (and a lot of fun too!). 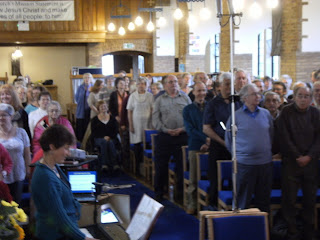