Once the wonderful Barnabas and an orchestra day had gone by in October, the CMM team settled down to a much gentler month.

On Saturday 15th October, CMM was represented in two places at once.  In London at All Souls Langham Place, there was a special celebration of 50 years since the publication of Youth Praise - a groundbreaking book in its time.  Sadly Roger, Annie and Helen couldn't be part of the day, so we were instead represented by Derek Wade who ran a bookstall for us.  It has been an honour to be linked to the Music and Worship Foundation and Jubilate Group over the years.  We pray for them as they begin a new phase of ministry under the new umbrella organisation: 'Song and Hymnwriters Foundation'.  Huge thanks to Derek. 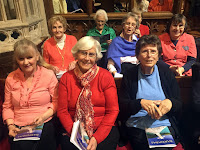 While Derek was in London, Annie and Roger travelled to Lechlade in Gloucestershire for a Barnabas day.  At Lechlade there was an excellent 40-strong choir, very well trained by Gordon Land.  Unusually the altos, tenors and basses outnumbered the sopranos!  There were also a few singers there from Witney in Oxfordshire, as well as a few in the audience from a church in Swindon where Annie has regularly led musical days. 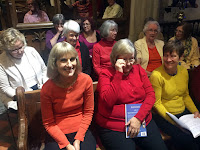 The CMM team was made up of Bill as Barnabas, Paul as Saul, Dave as John Mark, Caroline as Miriam and Wendy as Rhoda.  We were also blessed to have Marilyn on flute and Cheryl on clarinet alongside Annie on viola.

The performance went very well indeed, and the CMM team stayed to lead the morning service on the following day.  Thanks so much to Gordon and all of his team for their wonderful organisation and support. 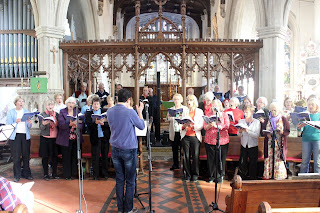 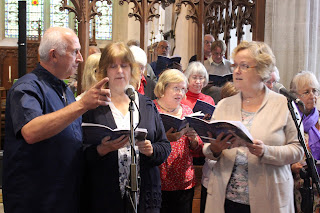 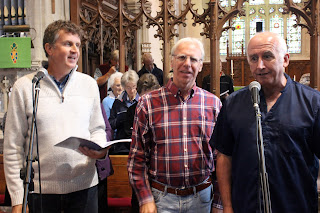 Then at the end of the month Annie, Roger, Jane, Sarah, Eddie, Jenny, Cliff, Julie and Elaine gathered at All Saints in Tilsworth for a Worship Works day.

Annie led worship at the start of the day before Roger spoke about the Worship Seeker.  The afternoon workshops were slightly different for a WW day in that Annie led a special session on Psalms, Hymns and Songs alongside Roger's usual creative worship workshop.

On the Sunday morning most of the team gathered again to lead the Sunday morning service.  It is so good to be able to meet with the full congregation the day after a Worship Works in order to demonstrate so much of what was taught on the previous day.

Huge thanks to all of the hosts who looked after the team so brilliantly - it was a real blessing to come and share with you all.

If you're wondering what Helen was doing all this time, she was writing Spirit Works!  But also, she was part of the team preparing to go to Cyprus in November.  This is the team photo following on from a planning meeting: