We know a number of groups put on different musicals over Christmas.  Do let us know how it went.  This is an email from Geoff Porter in Havant:

I’m glad to say that it all went well yesterday.  We had 30 singers from 9 churches and raised over £600 for Christian Aid + 10% for CMM.  There must have been nearly 200 in the church, with the gallery also in use!  Folk were moved and made many complimentary comments.

We had an INN sign, made from an Advent calendar, on a pole; our curate played Mary, complete with doll which appeared from her shawl at the correct time! Aah! It’s a boy!  One of our shepherds had a family emergency, so we were down to two.  The third wise man had gone home to collect his costume between the rehearsal and the performance, hence yours truly standing in for the photograph!

Thank you so much for writing the work and Alison for her lovely words. 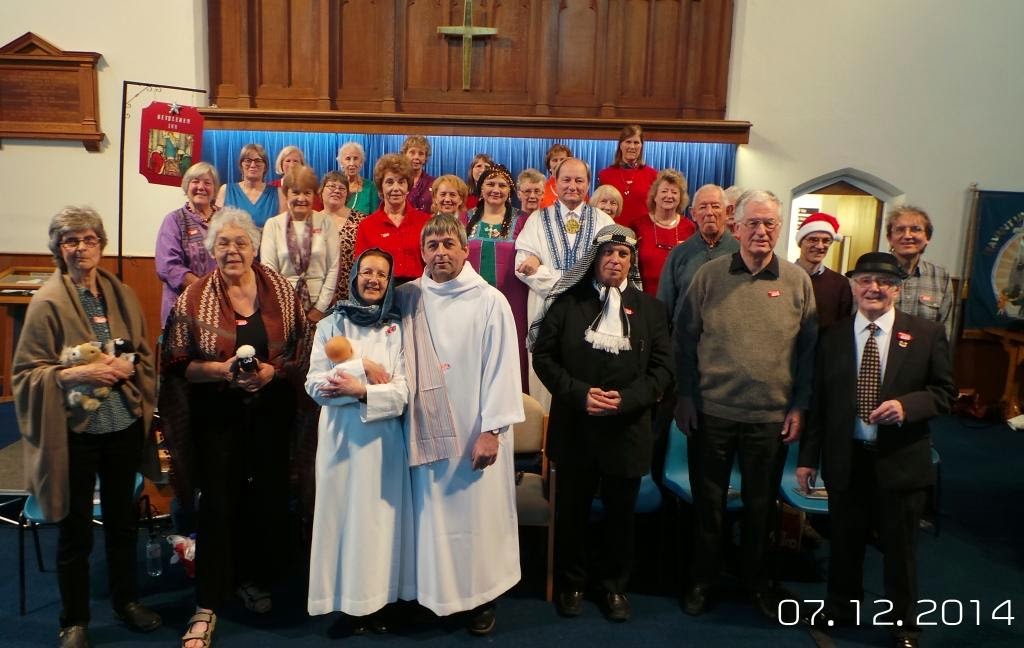