Two Sisters and an Orchestra 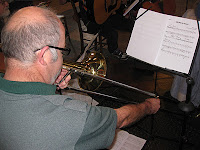 On Saturday 12th November while Helen was at Catshill Baptist Church in the morning, Annie got to work at her own church, St Germain's in Edgbaston.  This time the event was 'Two Sisters and an Orchestra' - a day where instead of the focus being the choir, it was on the orchestra.

We had a lovely orchestra gather, including 3 whole violas! 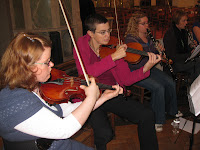 The orchestra worked hard with Annie all morning, and then in the afternoon the choir arrived for a runthrough, and the performance was at 4.30pm.  The soloists for the performance were Ann, Helen, Devon, Paul (his debut as Jesus), Jonathan and Tim (his debut as a baddie!).  We also had quite a big team of instrumentalists bostering up the orchestra, which was fantastic.  It was great to see Debbie with her son on cornet, and also wonderful to have Trish and Rachel come up from the Isle of Wight, and Tim and Lydia from East Grinstead.  When Helen arrived from Catshill she found she wasn't needed on flute or trumpet, so instead made her debut on bongos! 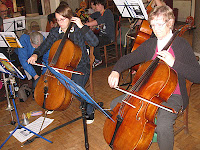 Sylvia did a fantastic job on piano, and we had a wonderful 3-strong rhythm guitar section!  Alan dusted off his trombone once again, and we also had the amazing G-B family - a viola, a double bass, a guitar, a trumpet, a flute and a tenor in the choir!  It was also nice to have Catherine and her friend in the choir - come all the way from Altrincham, and Brenda on flute all the way from Leyland.

And Roger of course was resident photographer and sound technician... 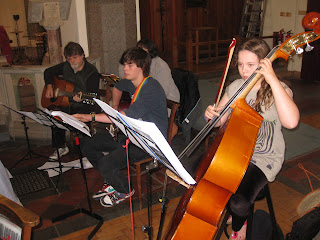 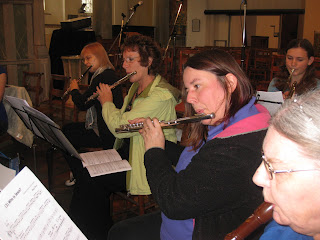 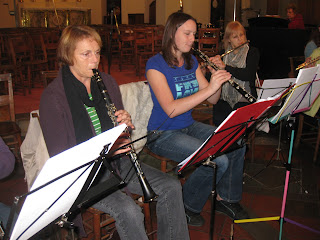 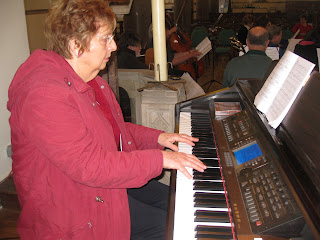 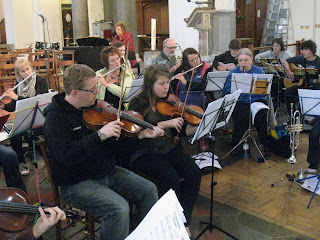 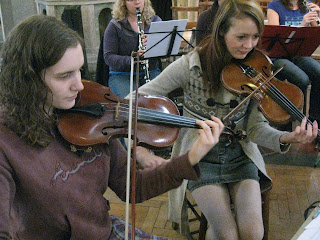 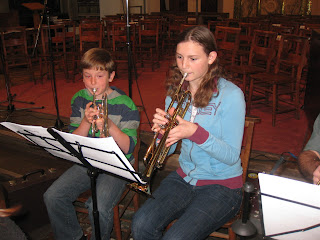 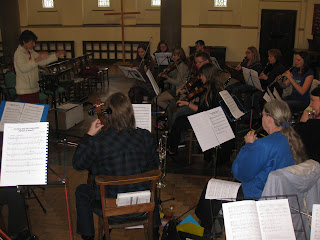 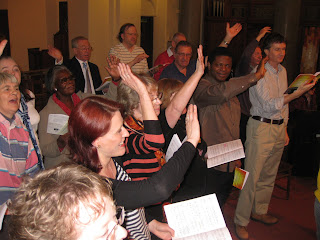 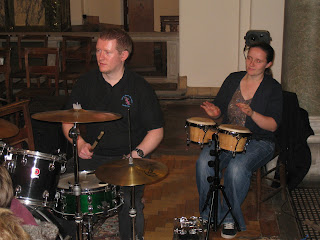 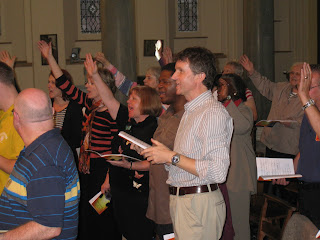