At last - the official launch! 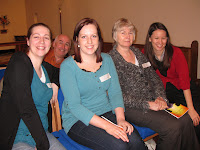 On Saturday 5th February we finally launched Two Sisters and a Funeral.  Over a hundred singers gathered at Christ Church Burney Lane to learn the musical and perform it all in one day.  There was an incredible buzz around the place, and people seemed to really enjoy themselves. 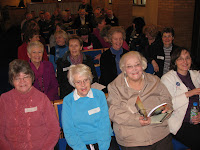 We had the full team of soloists from the CD taking part during the day - Emily and Aly as Mary and Martha, Martin and Devon as Jesus and Lazarus, as well as Caroline and Amy as some women of Bethany and Jonathan, Bill, Pete and Richard as our 'baddies'.  There were quite a number of other future soloists at the day, including Phil, Wendy, Sarah, Carolynn and Yvette. 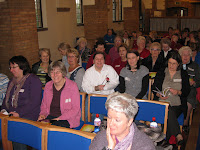 Roger kicked off the day with a bit of worship and teaching about the themes underlying the musical, and then we spent a bit of time all together working on a few of the songs.  Then we split into sectionals - Annie took the sopranos and altos, and Helen the tenors and basses.  It was so lovely to put it all together at the end of the day, and hear one another's progress. 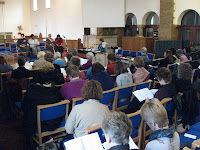 After a short break, we let the audience in.  As there were so many in the choir the audience had to sit in the chancel - at least 30 of them, including Alison Fuggle, Tim Jones, Ann Parkin, chair of the trust, Beresford and Kate King-Smith, and families and friends of the soloists.  The performance went really well, and Helen and Annie improvised some solo instrumental parts.  Annie will eventually write some official tour parts for when we have the occasional instrumentalist during the performances over the next couple of years. 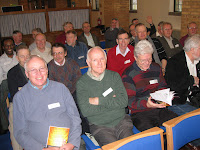 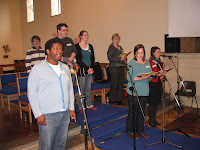 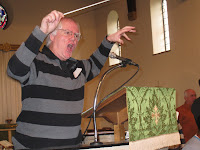 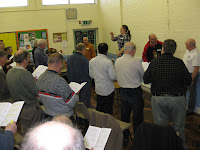