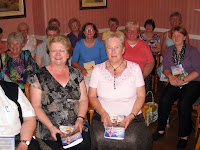 In mid August we held a music week at Willersley Castle near Matlock in Derbyshire. This was our second summer music week at Willersley, and it is a fantastic venue - brilliantly accessible in a beautiful part of the country.The Christian Guild hotel was a complete sellout, and it was wonderful to have so many taking part in the week. 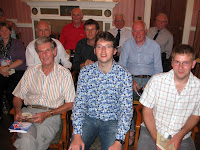 The host for the week was Marion, who has hosted with us several times - usually at Abbot Hall near Grange-over-Sands. It was wonderful to have Marion with us, and she did a fantastic job - even more so when we heard that her husband John had died (aged 98) only a couple of weeks before. John was a wonderful character, and will be sadly missed. 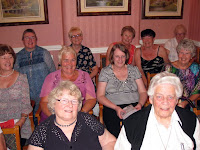 The musical for the week was From Pharaoh to Freedom, and this time Helen was training the choir, with Annie sorting out the orchestra. We also had Phil Parkin on team who did a wonderful job accompanying. As well as Phil, Helen and Annie, the CMM team comprised of Roger and Mary, Paul Edwards and Alan Walker. It was great to have Paul over from France, and we look forward to when he comes back to the UK and we can see him more often. 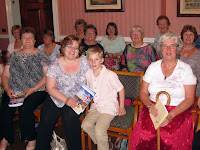 The choir and the orchestra were absolutely excellent, and they produced a wonderful performance on the Friday night, and quite a number came to watch, including some friends from Sheffield. But beyond the performing, the highlights of the week came in ministry, as quite a number of people were touched by the Spirit and received prayer.
Another lovely evening occurred when a team came from a church in Nottingham to lead us in worship and share their testimonies. It was great to be encouraged by them and then for us to encourage them in turn with their future ministry. 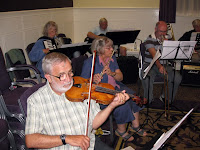