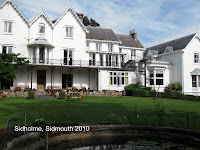 At the start of September a CMM team consisting of Roger, Mary, Bill & Barbara, Helen and Amy travelled down to Sidholme, a Christian Guild hotel in Sidmouth, Devon. The host couple for the week were Peter and Joy Mills from Leamington, and it was great to work with them again following previous weeks at St. Ives. The hotel was totally full, and about two thirds of the guests took part in the CMM week. 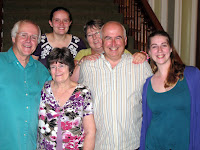 The musical for the week was Jairus' Daughter. We had expected just to have a choir at this week trained by Helen, but we also had several musicians, so Amy took a small orchestra with Roger on piano, and a flute, a clarinet, a trombone and a saxophone. Jairus' Daughter is a fairly simple musical, so the guests learnt it very quickly - the choir were beautifully balanced and made a fantastic sound. They were a real pleasure to conduct as they all looked at the conductor and responded brilliantly to dynamics and expression. 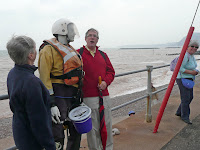 As well as learning the musical, we had several other sessions during the week. Bill spoke at the Sunday morning service, Helen led the introductory evening and did the main Bible teach
ing on Monday morning. On one evening we had a Ways to Praise session looking at Psalms, Hymns and Songs, and we also gave a special preview of Two Sisters and a Funeral. All the rest of the team chipped in leading worship and epilogues. Peter and Joy lead morning prayers every day, and it seemed to grow and grow until there was nearly no space in the lounge. 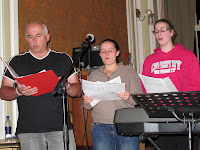 The performance went fantastically well with some lovely solos from the guests. There was also quite a large audience - we had to bring in extra chairs.
By the end of the week it was clear that God was blessing and working with most of the guests, and it was a real privilege to be there to minister. 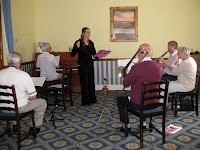 As the Sax player at Sidholme and have given up blowing due to arthritic fingers. The wonderful help I receiver during the rehearsal I found I could make the two performances on Thursday without to much pain. Thank for a wonderful week

Hi David - so glad you had a good week - sorry it has taken me so long to spot your comment and add it to the blog. It was wonderful having you - you played brilliantly.